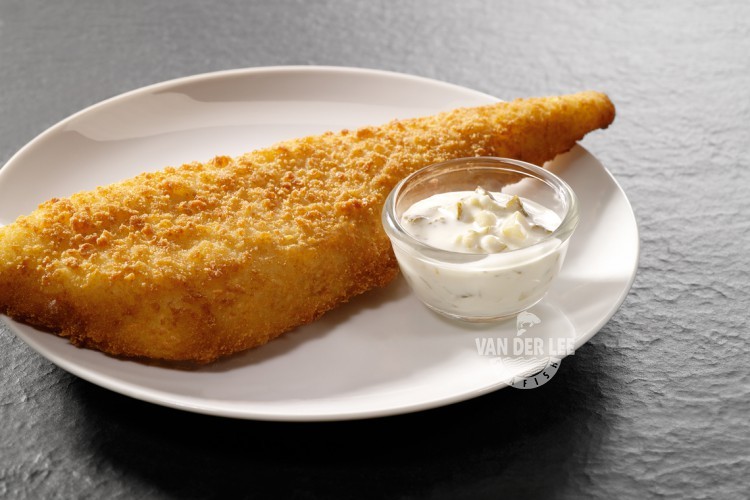 After the fish is brought to our company we bread and freeze it so that it is ready to be exported. As a supplier we sell our crispy cod fillets skinless or skin on, pin bone in or boneless, breaded and prefried. We also have crunchy cod fillets and cod nuggets available at our ‘Added Value’-page and cod fillets and cod loins at our ‘Fish Worldwide’-page.

Most of our export of cod goes to Germany, but cod is actually popular all around the world. Because of its popularity there are many ways to eat crispy cod fillets. For example, crispy cod fillets are often served as fish and chips. It is also served a lot with mushy peas as a side dish. In Britain and Ireland the Atlantic cod appears most commonly as the fish in fish and chips. This is one of the reasons why the Fish Labelling Regulations in 2003 said that fish must be sold with the particular commercial name or species name, so now the name cod and chips also appears a lot on menus. Fish and chips can be used as a snack, lunch and dinner. Some people also like to serve it with a lemon wedge or with tartar sauce to add some flavour, which will make the fish and chips even more delicious.