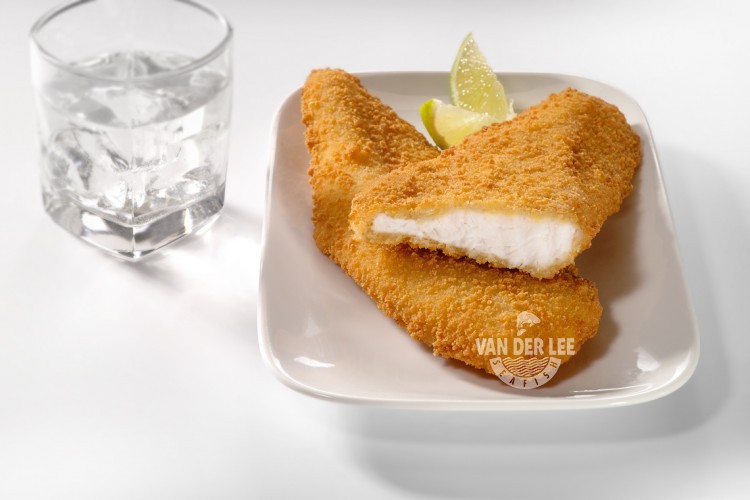 Pangasius is a fish that lives in the rivers Mekong in Vietnam and Chao Phraya in Thailand. The fish is also known by its Latin name, which is Pangasianodon hypophthalmus.

Pangasius is considered as a really important fish for of Vietnam. They started farming the fish in the early nineties and it has been popular ever since. Pangasius even made it to the top ten list of the most consumed seafood in the United States. The fish also used to be one of the best-selling fish products in the Netherlands. The past few years pangasius has received some critics however. This is one of the reasons why nowadays there is also ASC-certified pangasius available. This certification means that the fish is sustainably farmed. Our pangasius is also ASC-certified and farmed in the Mekong River in Vietnam. After the pangasius is brought to our company we bread and freeze it so that it is ready to be sold. As a supplier we sell our crispy pangasius fillets skinless, boneless, breaded and pre-fried. We also have pangasius fillets available which are not breaded at our ‘Fish Worldwide’-page.

Pangasius is a fish which is popular in almost every country. In the United States the fish is called ‘swai’ and in Spain the fish is called ‘panga’, which is a quite typical dish on Spanish menus. However, we mainly export our crispy pangasius fillets to retailers in France or sell them to retailers in the Netherlands. Crispy pangasius fillets can be used as a snack as well as a meal. For example, you can serve the breaded fillets with a sauce and a salad or with vegetables. Nevertheless, you can also serve them with chips as fish and chips, which is done sometimes in the United Kingdom. Another way to serve crispy pangasius fillets is to sprinkle them with lime or lemon juice. This will make the fish even more delicious than it already is!