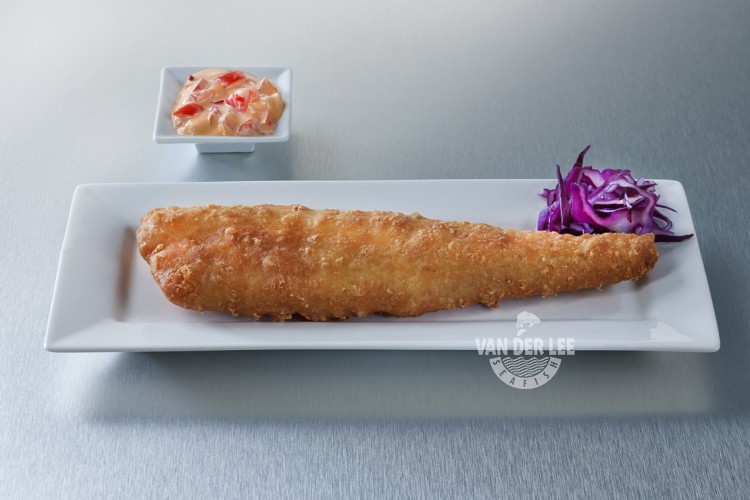 The Alaska pollock is a fish which can be found in the North Pacific Ocean. The fish is also known by the names Theragra chalcogramma and walleyes pollock. Alaska pollock is the second most important fish species in the world in terms of total catch. The fish is sometimes layered into a block mold and deep-frozen to produce fish blocks. These fish blocks are used for breaded and battered fish products. You can find the fish in a lot of fish products in the fast food industry too.

Our crunchy Alaska pollock fillets are made of pollock which is caught around the Dutch Harbour in Alaska. The Dutch Harbour lies in the Pacific Ocean, which is also known as FAO fishing area 67. This is quite far away from the Netherlands, so we import our Alaska pollock fillets from China. When the fish is caught it is filleted and frozen aboard.