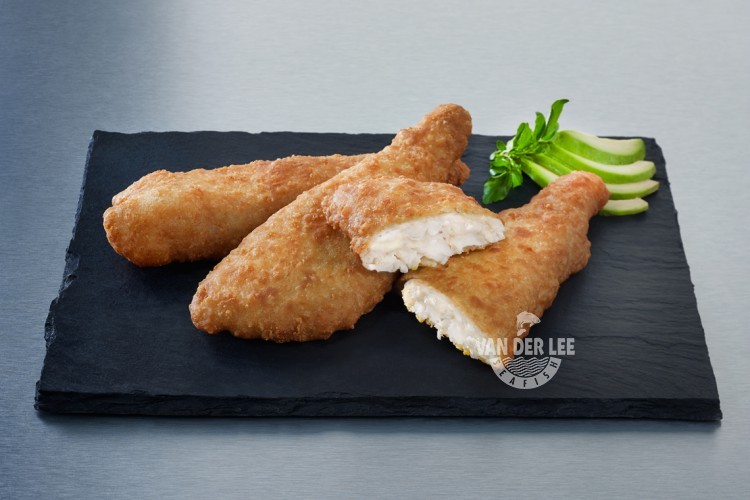 We have to import our Pacific cod from China, since the Pacific Ocean is quite far away from the Netherlands. When the fish is brought to our company we immediately batter and freeze it so that it is ready to be exported. We sell our crunchy cod fillets skinless or skin on, single, battered and pre-fried. We also have crispy cod fillets and cod nuggets available at our ‘Added Value’-page and cod fillets and cod loins at our ‘Fish Worldwide’-page.

As a supplier we export most of our cod to Germany, but cod is actually popular in a lot of countries. The popularity of the fish is one of the reasons why there are a lot of ways to eat it. Most of the times people eat crunchy cod fillets with deep-fried chips, which is also known as fish and chips. In Britain and Ireland the Atlantic cod appears most commonly as the fish in fish and chips. This is one of the reasons why the dish is also called ‘cod and chips’. Fish and chips used to be a stock meal among the working classes in the United Kingdom, but in the middle of the 19th century the dish became popular in wider circles. The first fish and chip shop was opened in 1860 and the dish is still popular now. Fish and chips is also often served with vegetables as a side dish and with a lemon wedge or tartar sauce to add more flavour.