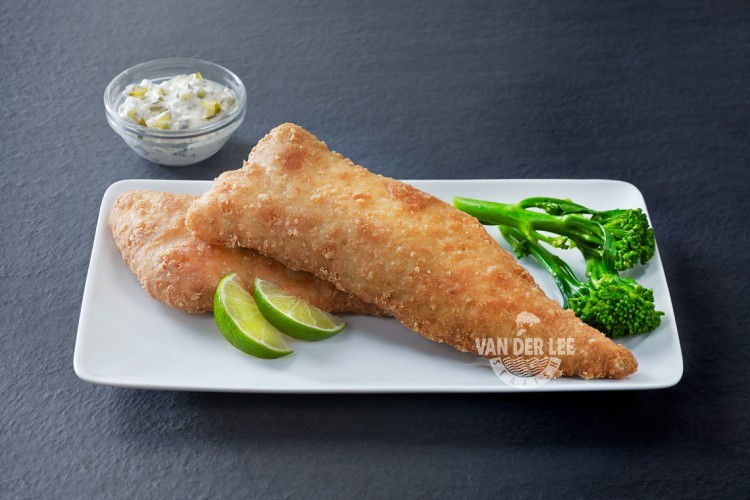 Van der Lee Seafish has two different kinds of crunchy hake fillets available. The first one is made of the shallow-water Cape hake, which is also known by its Latin name Merluccius capensis. The second one is made of the European hake, which is also known as Merluccius merluccius. The type of hake we use for our battered hake fillets depends on the demand of our customers.

However, we also have to import our European hake since this type of hake is not found much in the North Sea. The European hake can be found in FAO fishing area 27 however, but it is mainly found in the Mediterranean Sea. Our hake is caught by trawlers and the fish can be frozen aboard as well as onshore. After the hake is transported to our company in the Netherlands we batter it ourselves in our own ultra-modern and advanced production line. We can ensure you that our imported hake is processed, packaged and transported in perfectly hygienic conditions since we know our suppliers personally. As a supplier ourselves we sell our crunchy hake fillets skinless, skin on, single, battered and pre-fried. We also have breaded hake fillets available at our ‘Added Value’-page and we also provide hake fillets which are not breaded or battered.

Hake is a really popular fish in Europe. That is why we mainly export our battered hake fillets to catering industries in Sweden and the United Kingdom. Some of our crunchy hake fillets also go to the Netherlands, where it is often eaten as a ‘lekkerbekje’. This dish consists of fried hake which is often served with tartar sauce. But there are also other ways to eat battered hake fillets of course. For example, battered hake is also often eaten as a fish and chips dish with mushy peas and a tartar sauce. You can also serve the battered fillets with parsley and lemon wedges, which will add even more flavour to the fillets.