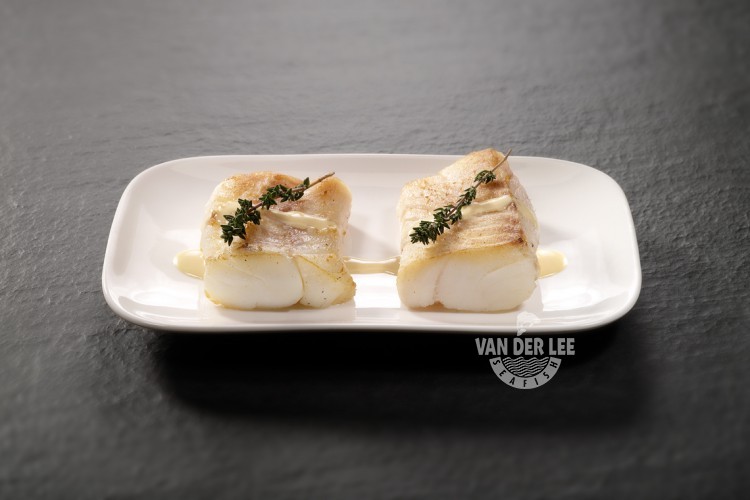 The Atlantic cod can be caught in the Atlantic Ocean of course, which is also known as FAO fishing area 27. The Pacific cod can be found throughout the Pacific Ocean, which is also known as FAO fishing area 67. This is one of the reasons why we have to import our Pacific cod from China. The cod loin is a cutting that is taken from the most delicious part of the cod fish, so the fish can be quite expensive because of the way in which it is prepared. As a supplier we sell our cod loins skinless and boneless. We also have crunchy cod fillets, cod nuggets and crispy cod fillets available at our ‘Added Value’-page and cod fillets at our ‘Fish Worldwide’-page.

Cod loins are popular for their mild flavour and their dense, flaky white flesh. Like every other fish, the Pacific cod is a rich source of protein, which is necessary for good functioning and growth and repair. Cod loins are good for dieting too, since they are low in fat and one hundred grams of them only contain around eighty calories. They also don’t contain any sugar, fiber and carbohydrates. One hundred grams of cod loins contain around halve of the amount of sodium that humans need per day. They also contain vitamin C and iron.

We export our cod loins only to the Netherlands, Belgium and France, but cod loins are actually popular all around the world. The cod loins are cut from the most delicious part of the cod fish, which makes it a suitable dish for high-end restaurants. Cod loins are most of the times used as a main dish. The dense flesh of cod loins is quite sturdy for a flaky white fish, so this makes it great for baking in a bouillabaisse or in stews. You can also grill cod loins. However, if you are going to grill cod loins, be aware that you place the cod loins skin-side down and that they can break up quite easily when you try to flip them over.