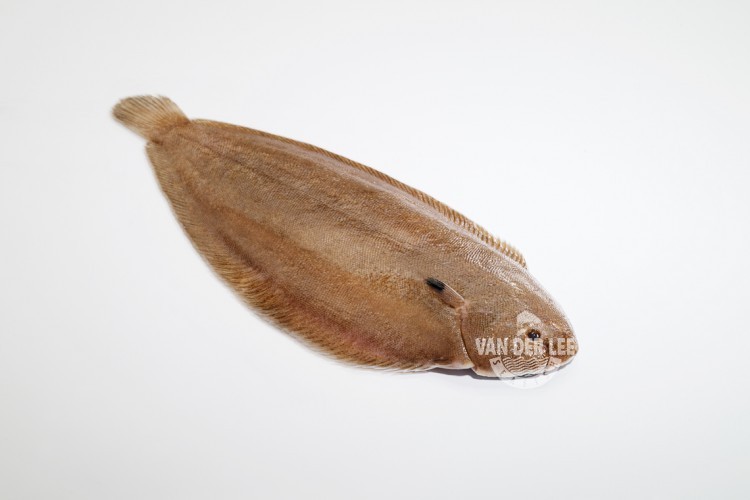 The Dover sole is known by several names. For example, in the United Kingdom a small sole is called a ‘slip’, but the fish is also known as the common sole and the black sole. The Dover sole can also be called by its Latin name, which is Solea solea. However, in Italy they prefer to use the name ‘Solea vulgaris’ instead of ‘Solea solea’, which may cause some confusion.

The Dover sole lives throughout the eastern part of the Atlantic Ocean. But at the end of the year the fish goes to the somewhat warmer waters of the southern North Sea. Since this is near the Netherlands we mostly catch our Dover sole ourselves in the North Sea. After it is caught only take the best ones and we immediately process and deep-freeze them to keep them fresh. As a supplier we have Dover sole available in all sizes and we sell them whole round, with their head on and gutted. We also have pan ready Dover sole available at our ‘North Sea Fish’-page, which is quite beneficial for consumers since they are easy to prepare in the kitchen.

The Dover sole tastes the best around the autumn. Around this time the Dover sole has a mild, buttery and sweet flavour. Chefs often prize the fish for its unique flavour and for the fact that they are easy to fillet. The Dover sole is also very nutritious. It contains a lot of vitamins, including B and D vitamins. Moreover, Dover sole is also a good source of protein, just like every fish product. The fish is also low in calories, since one hundred grams of them only contain about 79 calories. However, this will depend on the way in which you prepare them of course.

We export our Dover sole to catering industries in a lot of different countries, including our own country and even the United States. Since the fish is eaten in a lot of countries there are also various ways to prepare the fish. For example, one well-known dish in the Netherlands which includes Dover sole is Dover sole à la Picasso. This dish consists of Dover sole served with different fruits. In the Netherlands they also like to fry Dover sole in butter. Another dish, which is probably the most famous dish which includes Dover sole, is sole meunière. Sole meunière is a classical French dish consisting of Dover sole which is dredged in milk and flour, fried in butter and served with a brown butter sauce and lemon.